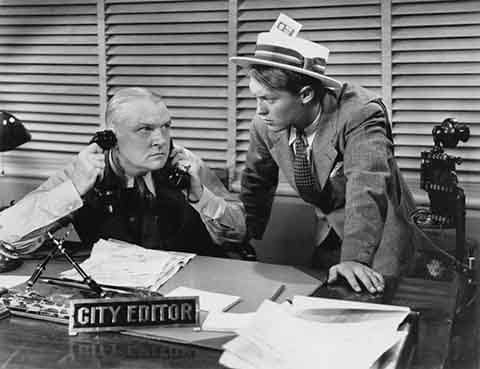 I came across this comical image while searching for a photo to illustrate our new page on editing and proofreading services. It had me laughing because it’s close to the truth.

My guess is it’s from some 1930s movie about a newspaper, and newspapers are organized into departments, including sports, national news, and the city desk, which is helmed by an editor responsible for that department. Back in the day, they were crazy-busy places. Newspapers were the sole source of news and the competition on the streets was intense. I’m talking about fights and sabotage.

While I’m on the subject, here are some movie recommendations featuring newspapers, and I have all of these in my video collection (over 325 movies at this point). Don’t worry, they’re good. I avoid sucky movies like the plague. In no particular order:

Have fun with those.