This is a sample eulogy

What follows is an example of our eulogy writing services. Dorothy was a real person, however a few personal comments were removed from this example.

One hundred years is a long time to live. The average age expectancy in the US is 80. Twenty years ago, Dorothy, with the rest of us, was celebrating the age of a new millennium. And she had already lived a lifetime. She had already witnessed so many monumental changes that led to our modern-day society.

When Dorothy was born, Albert Einstein was in the prime of his academic work, having received the Nobel Prize in Physics. 1921 was also the year when the first radio baseball game was broadcast. It was a Pirates-Phillies game out of Pittsburgh, only 50 miles from West Point, OH, where Dorothy was born.

Dorothy grew up in the Roaring Twenties, the age of jazz. A time when the Prohibition Era ushered in organized crime, when the likes of Al Capone corrupted the streets of Chicago. It was the peak of the Ku Klux Klan, but also a prosperous time for art and literature. Charlie Chaplin and Buster 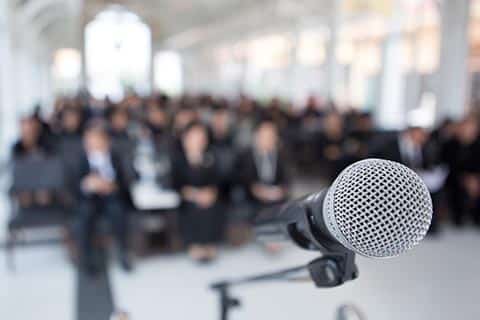 Through adolescence into adulthood, Dorothy would experience the sting and economic staleness of the Great Depression, the shock of Pearl Harbor, the heroism and horror of the Second World War, the fear and anxiety of the Soviet Arms Race, the tragic outcomes of the Kennedys’ and King’s assassinations, the sad reality of the Challenger explosion, and the devastating loss of life in the terrorist attacks on 9/11.

In that same great expanse of time, Dorothy would see the Women’s Suffrage Movement evolve into female empowerment. She’d witness the inspirational forces of Helen Keller, Amelia Earhart, Mother Teresa, and others. In 1945, Eleanor Roosevelt would become America’s first delegate to the United Nations. Ten years later, Rosa Parks would make a stand against racial discrimination leading to the Civil Rights Movement. In the decade following, women would play important roles in developing NASA’s space program, sending Americans to the moon.

As a young girl, Dorothy could read about the sculpting of Mount Rushmore, the designing of the Hoover Dam, the building of the Golden Gate Bridge, and the rise of the Empire State Building. Automobiles were becoming mainstream for the middle class. Highways started to stretch across the country. Airplanes were delivering mail. Railroads were still the cheapest way to travel.

Dorothy grew up alongside developing radio and telephone technologies. As she was coming of age, television was being born. When she was raising a family and supporting a career, faxes, mobile phones, and computers were changing the way people worked and communicated. By the time she was retiring, iPhones and the internet were on the horizon. The conveniences that we see today — espresso machines, Blu-ray players, laser printers — were inconceivable when Dorothy was a child. Her generation marveled over refrigerators and washing machines. Disneyland would have been a dream. The flu vaccine — a fantasy.

Today, we celebrate all one hundred years of Dorothy’s life. She was an honor to know. A gift and a blessing to her family and friends. She’s part of our personal history now, and part of the larger, ever-growing world that we share. Her contributions of kindness, love, friendship, and faith in God will continue to live on. We thank you, Dorothy We pray for you and with you. God bless your beautiful life on Earth and your eternal presence in Heaven.