The conventional wisdom is that people starting in the television industry should not spend their energies trying to create an original series. Write an episodic script for a show you like instead. Write it on spec. If the writing is good and gets any notice, executives will invite you to pitch more of your ideas.

There has never been a better time than now
But things are different now. For one thing, there are many more outlets for content than ever before. Writing for television can be highly lucrative for those who are persistent, have equal measures of discipline and thick skin, and can learn to collaborate. 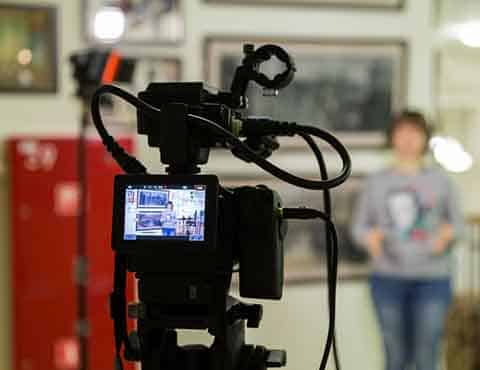 There are many good reasons why you should write a TV pilot. Sure, there is always the chance of getting paid gobs of money and becoming a famous TV writer. But at a practical level, writing a TV pilot is one of the best ways for new writers to break into the television and streaming industry. As a writing sample, having a TV pilot is an excellent calling card. A pilot for a new series demonstrates an original voice. Production companies want to see if you have the imagination to develop the kind of original ideas that can sustain a series.

Many producers and network decision-makers have no idea what they’re looking for in a new series, but they’ll know when they see it. As an outsider, the best strategy is to focus on developing ideas that are different from the shows that are currently popular.

The call to action
Television is the one industry where you can change your life overnight. That elusive place called Hollywood is accessible to everyone. The Internet makes so much available to those who want more information or make connections they could otherwise not make 20 years ago. Television and video streaming have become a vast industry, and content is always in demand. So, suppose you have the drive and the passion for creating a new series, either a one-hour drama or a half-hour sitcom. In that case, that might be a sign from nature that you are a television writer.

Good writers are good readers
Just as becoming a good writer involves a tremendous amount of reading, creating a new television series requires seeing and studying other series. Watch the pilot to series that you particularly like and study the scripts.

Great pilot scripts are available for download over the Internet. For example, here’s Vince Gilligan’s pilot script for Breaking Bad. Another excellent pilot script is Aaron Sorkin’s pilot for The West Wing.

The script format
Look at the format of the type of show you’re writing. Pick a series that closely resembles the kind of stories you’d like to see more of and read them. Study how they are structured. The script format of a half-hour sitcom is different from that of a one-hour drama.

One-hour dramas are single-spaced and include descriptions of the set, atmosphere, and action. If you’re writing a pilot for a half-hour sitcom, the format is double-spaced with short blocks of scene description, all in caps. One page of script is roughly equivalent to one minute of screen time. Most TV pilots come in between 50 to 60 pages.

The show concept and its characters

Developing the idea
No two writers approach the development process the same way. Some creators start writing and let the character and plot reveal themselves as they go. They have no idea where the story will go or how it will end. Other writers like a more structured approach to writing. They’ll use a brief overview of the main story beats. Others like to work from an outline. This synopsis serves as a map they can refer to if they feel lost in the middle of the script. If they want more plot points figured out before they begin to write, they’ll use an outline.

It’s all about the character
Because of the ongoing, episode nature of a television series, the focus is on character development. Character development is as essential in dramatic writing as it is for comedy. As you think about the characters in your series, resist any urge to judge them as good or bad. Consider how the nature of your main character leads them to take action. Dramatic writing must have two forces pushing against each other. These forces are the protagonist and the antagonist.

In his book The Art of Dramatic Writing, Lajos Egri stresses that a character can only function as a protagonist if their desire is more significant than their fear. The character must have an all-consuming passion. Think of the blind ambition that drives Macbeth or the complete jealousy that drives both Iago and Othello.

The concept
Know why you want to create a new series for TV. What need is it fulfilling for you?

Work on projects that have some deep meaning to you. Don’t try to guess what you think would be popular. Concentrate on the story you’d like to share.

Writing a pilot for a television series is a highly specialized type of scriptwriting because it has to accomplish many things in a few number of pages. Production companies like to hire the writers they know have delivered TV pilots in the past. They might want one of their writers to work with you to help finish a pilot before going into production. Coming to the table with a draft of the pilot you’ve already written is your chance to demonstrate what you can do. It’s also the best chance to influence the series’ direction from the beginning.

As the first episode of a series of television shows, the pilot has to achieve the following objectives:

What keeps audiences coming back for more?
There needs to be a reason why viewers want to continue watching each episode. Start with an idea.

Cultivating the idea
While some ideas are more attention-grabbing than others, ideas are neither good nor bad. They are just starting points. You don’t want the voice of judgment interfering with the free-flowing nature of creativity. Rely more on your intuition than analysis at this point.

Grabbing the audience by the throat

The hook
What elements grab viewers by the throat and don’t let go? Some call this active ingredient the premise or the hook, and it is actually made of two components. These are the magic sauce that keeps your series fresh and original. The writer must figure out the hook before the writing begins because it becomes the DNA of what fuels the story and propels the action forward. Don’t rush this process. Take the time necessary to develop the idea of the hook carefully.

For example, here’s the premises behind Breaking Bad. A fifty-year-old brilliant high school chemistry teacher learns he has cancer and starts cooking and selling meth.

The hook, or premise, is at the core of your series. The pilot needs to set the stage by showing us the belief. The next essential element is to provide a philosophical or moral conflict for the protagonist. On a big picture level, what does the protagonist want? The relentless pursuit of the goal fulfills what need? To know this, you must create the history, or backstory, of the protagonist.

Ask yourself the following:

The answers to these questions will help bring the other characters into focus because you want to create conflict. One way to ensure conflict is to get two characters together with opposing values. Learning how to execute well-drawn characters in ways that support the premise takes craft and skill. The craft and skill of scriptwriting come from actively watching other series, reading good scripts, studying them, and doing a great deal of dramatic writing and rewriting. Like anything else, the more you do it, the better you’ll get at it.

You may see your series’ vision clearly, but you don’t want to write the script. It’s not uncommon for a story creator to work with a writer in the television industry.

A few last thoughts
A vital idea alone can’t accomplish much as you write the pilot. You will need strong characters with their own opinions, desires, and wants. The main character must have the most profound conflict. What drives them to achieve their goal? If the dramatic need is urgent and in direct opposition to the antagonist, the more fuel you’ll have to sustain a series.

The best advantage for a newcomer is having a production company that believes in you and your concept, especially if they see you deeply connected to the material.

Television can be a harsh business. The business is less about fairness and more about negotiation, and everything is negotiable. Many people will tell you they have the magic formula for what makes a successful movie or television series. Ehhh, that’s just sales baloney. You have to believe in yourself and be willing to put forth the effort to make your vision a reality.

Legendary scriptwriter William Goldman said something that sums up the entire industry. He said, “Nobody knows anything.”

Be confident about your idea and willing to collaborate to move the project further.

Help is on the way

Scriptwriting looks deceptively simple on the page, but it is challenging work. Writing a pilot script has more challenges because it must accomplish many things within the same number of pages as a typical episodic script.

If you’re a producer/director or someone who believes in their idea, I can write the pilot script and even help build and refine the concept if needed.

I have 30 years of writing experience, including writing the pilot and series bible for the half-hour sitcom A Teacher’s Lounge. I have ghostwritten for NBC’s Santa Barbara, Hercules, and its spin-off series Xena. Price Entertainment optioned my spec biographic script on 16th century German astronomer Johannes Kepler. As a graduate of one of the top film schools in the world, I have learned (by example and lots of practice) to write highly visual stories imbued with heart and soul.

I have particular interests and strengths in researching and crafting stories from real life and have extensive knowledge of American history.

My mentors have included John Milius (Rome, Dillinger, Red Dawn, The Wind and the Lion), Ring Lardner, Jr. (one of the blacklisted Hollywood 10), Bob McKee, and story analyst Chris Vogler.

Sources of literary inspiration include John Steinbeck, David McCullough, Robert Bolt, Truman’s In Cold Blood, Harper Lee’s To Kill a Mockingbird, and Charles Dickens’s A Tale of Two Cities. My favorite scripts include Citizen Kane, The Treasure of the Sierra Madre, The Godfather, Chinatown, Taxi Driver, and Patton.

If you need an experienced writer who is passionate about the work, please let me hear from you. I can help.