Adapting a book into a screenplay.

Let a skilled script consultant turn
your novel
into a terrific screenplay!

Being a working screenwriter is enormously rewarding. Writing meaningful stories for people is the greatest joy of my life. In a way, I’m relentlessly optimistic about the art, craft, and business of screenwriting.

Now whether you’re adapting your writing from a novel into a screenplay or a poem into video game you bump into all kinds of problems. And I will get to a 12-point checklist on that in a sec but first we need a story to use as an example. 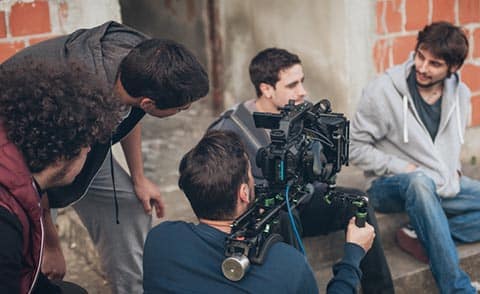 “Rat Girl” is an action story about a pet store manager in Detroit named PJ who gets turned into a sexy but dangerous human-animal hybrid then battles a villain who wants to exploit her mutant abilities for his own personal gain. So, we’re talking about a female superhero here.

Now you must know one particularly important thing about adapting your story into other genres or formats – it’s a lot of work. But that’s not really the issue. Adapting it and following orders is. Agents, producers, directors, actors: everyone knows how your story should go better than you.

And they will tell you what to do. And you must make the changes they want, or you’re fired. Even if they’re not paying you – and especially if they are – you must change your story at their whim, or they won’t work with you again. This is the collaborative nature of TV and film. It will serve you well in the long run to help others achieve their vision and goals.

As a writer it’s your job to show the way.

Then get out of the way.

Nobody I know likes to read scripts. Most people hate reading, period. And they hate reading screenplays even more. What could be more boring than reading a description of a movie? And it’s not even a good description because good screenplays don’t contain acting or directing (you know, the good stuff?) because it frustrates the people who do those things. Actors and directors don’t like being told how to do their job so if you include that stuff in your script, they throw it in the trash.

But a comic book or graphic novel?

At comic cons, they hold my comic book like a coveted chalice and say things to me like; “What up, boyo? You is official! I love this!” Then they shake my hand and ask for an autograph. Comic books and graphic novels are freaking cool. And if you don’t feel the vibe then me trying to explain it will only make things worse.

Now there are basically two different formats for writing a comic book: “outline” and “full” style. I prefer full because the artists I know are dependent on my input to draw. If I don’t describe (as best as possible) what’s going on they’re not sure what to do. But know this – nobody is going to read your comic book script, so it doesn’t matter what style you select – just pick one and get started.

Then rewrite it for weeks and weeks. Then set it aside for a week. Then come back to it with fresh eyes and rewrite it again. And if you think all this rewriting is overkill then you’re not a writer. EX: I wanted my book to be a real page turner, so I made sure every single page ended with a question; that way you had to turn the page to get the answer. Now most of the time it was a question in the dialogue but continuing action from page to page is like a question begging to be answered and is even better.

So, after you write your book you must make your book (because no one will read it otherwise) which means you need to hire pencilers, inkers, colorists, letterers. Then when it’s finally done you pay a printer to print it. After this is done somebody might actually read your book. And they may also want to see a screenplay. Then you get to adapt it.

Screenwriting is a peculiar form of writing. The words sit on the page in a very unusual fashion. Now there’s a good reason for this but that’s a discussion for another time. If you want to adapt your idea or short story or novel or comic book into a screenplay Final Draft is a popular screenwriting software. And if you’re not sure how to write a screenplay (shameless plug) then may I suggest you read my book “Screenwriting: A Practical Guide for Writing a Film.”

I’ve been screenwriting for 20 years and it’s tricky. In other mediums – say a novel – you can discuss the nuanced thought process of eating a cookie and how it evokes all kinds of childhood memories then ramble on further about exactly what this means to you and why you think it’s important. But if you take this same scene and put it on-screen all you see is some dude eating a cookie.

So, writing for the screen means these core items must be present when you adapt your story. And here’s that 12-point checklist I promised you earlier.

Before the final curtain

If you’re adapting your story and moving into different platforms get ready for a bumpy ride. But I’m rooting for you. I love seeing story tellers succeed. And if you do succeed, maybe one day, you’ll write something snappy about the whole experience like…

They tried to kill my idea.

I’m a 47-time award-winning screenwriter, producer, and director. My interviews have appeared in FOX, NBC, CBS online. I’ve sold 6 scripts. I have 4 produced movies. My book on how to write screenplays went to #1 on Amazon Kindle. And I have a literary manager named Lisa Simpson (real name). That’s a long-winded way of saying –

And I’m a script consultant.


Ghostwriters Central has many fine screenwriters on staff. Scroll down this page to the photo gallery to see who they are. Our writers know of what it takes to write a successful screenplay. You can be sure the scripts they write will meet all of Hollywood’s standards.

We would be thrilled to tell your story! If you’re ready to proceed with your script development, all you have to do is call, text or email.