A series bible is your proposal for new series and an essential reference that help you bring your idea into sharp focus. A well-thought-out show bible will enable you to create a concise and compelling pitch (more about the “pitch” later).

As your reference point for all the essential aspects of your series idea, the show bible is a blueprint for the series and a necessary pitching document to help sell your idea.

It used to be that television networks rarely bought finished scripts and getting your new series on the air was like winning the lottery. The networks went to established production companies and producers they knew for new material. 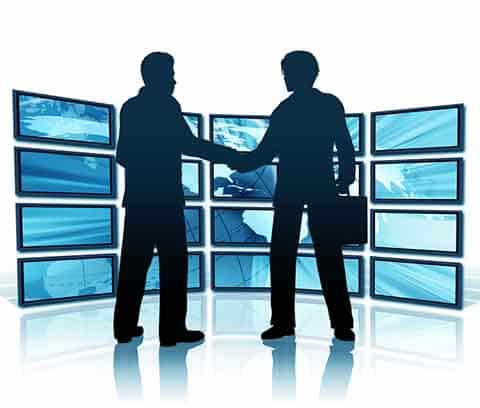 Writing a proposal is essential for selling a series. The process of putting it together helps to transform amorphous ideas into something that begins to take shape. The work that goes into crafting a series bible lets you focus on writing the pilot episode. It gives you a high overview of the concept, the main characters, and where they might go as the series develops.

Is your idea worth developing?
Creating a new series takes time, focus, and work. Make sure you have an idea that would make a good series. If your idea is a retread of what’s already playing, think of something else. New material from an outside freelancer must offer something different.

Self-examination of the idea
Instead of labeling an idea “good” or “bad,” determine if it can sustain several seasons’ worth of episodes. Production companies are always on the lookout for programs that will keep audiences coming back again and again.

Putting the conflict in writing
You must know where the conflict is coming from. Conflict comes from characters with opposing views and goals interacting. Can audiences relate to your main character? Audiences must identify with them on some level. As you develop the blueprint for your series, continuously ask yourself if the story is something you would enjoy watching unfold.
The litmus test: is it entertaining?

The components of a TV series bible

The executive summary
The first page is a concise summary describing the series. What is it about? The brief should tell us the following:

The first-page summary is the most challenging part of the proposal because it must say so much in a small amount of space. It’s a good idea to save for the last thing you write. The words used and the tone you create are as important as conveying the core concept. If the series is going to be edgy and gritty, so should the reading experience. If it’s a funny show, the experience of reading it should be light and humorous.

The cast of characters
Each of your main characters must have a one- to two-paragraph description. Your main character will probably have a bit more detail than the others. Write more about their personalities (quirks, likes, dislikes) than their appearance. Readers must immediately clue in on what kind of person each character represents. Write characters who are likely to generate conflict with each other.

Conflict is good
Be sure to populate your story with personalities who will not come to agreements quickly or easily. An iconic example is The Odd Couple. The play is about two friends who become roommates because one is going through a divorce. Oscar is an easy-going slob, and Felix is an uptight neat freak. Another example of contrasting personalities would be to have an ultra-conservative interacting under duress with someone who is liberal. In Breaking Bad, Walter cooks and sells meth to drug dealers, and his brother-in-law works as a DEA agent.

Each mini-summary should include the story’s beginning, middle, and end. The writing needs to convey the tone and personality of the episode. The storylines, and the way they’re written, must be absolutely entertaining to read. The goal of writing the summaries is to demonstrate how the series will continue to sustain the interest of an audience

An excerpt from an episode
This last section is less about selling the idea and more about promoting you as a writer.

By including an excerpt from the script, the decision-makers get a good sense of how your characters talk, how you describe the action, and in general, get a better feel for the world, or atmosphere, of the series. Plus, it shows you know how to write a script. A good strategy is to avoid the first scene or anything of an introductory nature. The sample should represent a typical episode.

Work the idea
Having an idea isn’t enough. Think about the elements that go into writing a compelling pilot episode. Those elements must be inherent in the show bible. Develop your idea into something marketable.

Read the series bible out loud. Is it an engaging story? Do you feel excited and energized to bring this series to an audience? If you don’t feel the drive, then don’t force it. Any lack of enthusiasm is a sign that something is missing. Don’t sweat the small stuff. Think big picture. Ask yourself, what is the main thing your main character wants? It can be tricky because this kind of character driver is often subconscious and never articulated. Nevertheless, your main character must lack something they need and are willing to risk life and limb to get it.

Writing an attention-grabbing series bible requires tremendous time and effort, but the hard work pays off. By the time you finish with the proposal, you’ll have the ammunition you need to write a log line, treatment, and even the pilot script.

Now comes the real work of shopping it around and getting decision makers to read it.

One. More. Thing. About the pitch
Remember, in the beginning, I mentioned the pitch? What is the pitch?

Before anyone reads a proposal about your new series, you’ll have to pique their interest by delivering the kind of pitch that grabs attention and resonates. The pitch is your opportunity to sell your series to a decision-maker at a production company. If you’re fortunate enough to be invited to a pitch meeting, you’ll probably have just a few minutes to explain the concept verbally. You can use the written series proposal, the series bible, as a leave-behind.

An original series proposal is a part of a television writer’s portfolio. The pilot script, written from the series bible, is essential for demonstrating a writer’s range and original voice. TV and the world of streaming have many examples of successful series that originated from the pitches or pilots from people trying to break into the industry.

Do you need help?

Writing a screenplay is a difficult task. A good concept or idea will only get you so far. Strong characters, deep conflict, and skillful writing make all the difference between a new series that grabs attention and one that gets unnoticed. I can help you by turning your idea into a marketable script.

I have ghostwritten for NBC’s Santa Barbara, Hercules, and Xena. I was commissioned to write the series bible and pilot episode for the half-hour sitcom A Teacher’s Lounge. My spec script on the 16th century astronomers Tycho Brahe and Johannes Kepler was optioned by Price Entertainment. While attending one of the top film schools in the world, I was mentored by such industry legends as writer/director John Milius (creator of Rome on Netflix), Bob McKee, and script consultant Chris Vogler.

If you need our help, just hit the Contact link.