A college senior — a film studies major — needed my help “cleaning up” a paper for an English assignment: a first-person essay about a potentially controversial opinion. Upon reading, I found his thesis to be solid. However, in order for his ideas to shine, he needed my help ensuring the following were optimized:

All my life I’ve been interested in the possible otherworldly. Ghosts, cryptids, myths, and powers have all been rumored to be true in the physical world we live in. I have always been terrified but secretly hoped to experience one of these encounters. After have an ongoing interest in these topics since I was a little kid, I finally experienced what I think to be otherworldly phenomenon. Granted, it is very possible that there is a 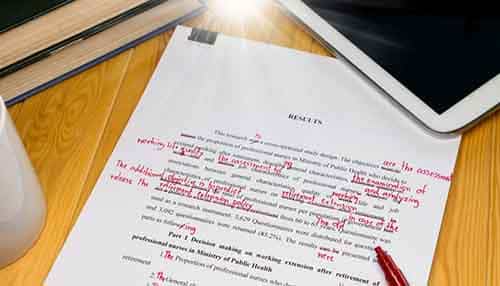 simple explanation of what I saw, and I could just be biased, but the thought that the event I saw was extraterrestrial in nature is tantalizing.

Me and my friends were riding back from the local waffle house at one am. We were totally sober considering the details of the previous sentence and to give a little more credibility to all the skeptics out there. I was driving, and my friends were in the passenger and back seats of my Hyundai Sonata. We were driving on the local highway about five minutes from my apartment when we saw it. In the moment, I had no idea what I was looking at in the sky. I was just staring agaze at the sight in the distant sky. What I saw was an illuminated white orb at the very top of the sky in my field of view, plummeting down towards earth. The whole event lasted maybe three or four seconds, before the object disappeared in the tree line. The only thing that came to my mind at the time, was that this object looked like a bomb falling through the sky. Me and my friend in the passenger said nothing to each other as we watched, while our other friend was in the back looking at his phone, totally unaware.

But soon enough, our clueless friend felt the reactions of the two of us that saw the object. Our bewilderment appeared to be genuine to him and he had to be curious after our elevated confusion. The object seemed too big and did not match the color of a drone, and did not appear to have tail as commonly seen in a meteor. I really don’t know what I saw that night.

Throughout my life, I’ve been interested in the otherworldly — things difficult to explain by science. I’m intrigued by what could be described as the supernatural: ghosts, cryptids, myths and the unknown. While these ideas also scare me, I know my fear does not necessarily mean the inexplicable is impossible. I was recently privy to an interesting event and one without a simple explanation. The following happened on May 12, 2020, in Atlanta, Georgia:

I was driving my friends home from a local diner at 1:00 A.M. EST. No one present had ingested any mind-altering substances. We were very close to our destination when we saw an illuminated, white orb. The orb was moving across the sky, only to very quickly disappear into the tree line. The entire event lasted only three or four seconds. My brain immediately tried to make sense of what I had just witnessed. Was it a bomb? A meteor? Maybe a drone?

One friend saw the same thing I did, but our back seat passenger hadn’t. Neither of us spoke for several moments. Soon, however, the friend who had seen nothing became aware of our perplexed states and inquired of the situation.

He later recounted we seemed genuine in our belief we had witnessed something strange. As we related the story in turns, the oblivious friend noted our experiences matched without prior collusion. Both of us told of an object that appeared too large to be a drone — further corroborated as the wrong color of those commonly seen. We also ruled out another possibility: meteor. The object seen in the night sky didn’t look similar to previously spotted meteors — those often seen in the area because of reduced light pollution.

I really don’t know what I saw that night. Again, there may very well be a reasonable explanation for what I witnessed. But, the possibility remains that I experienced what could have been the work of a species from another planet or a dimension visiting our world. I can’t help but think I saw something yet unknown by any individual on this planet. I choose to remember the event as the possibility of extraterrestrial activity. I’m surprised at how comfortable I am with that possibility, as it seems prophetic after a lifetime of curiosity.

How I can help you

My 20+ years of professional copywriting end copyediting experience help me quickly diagnose grammatical and structural fixes. These allow your work to shine! Further, I’m fluent in multiple style guides and well-accustomed to changing gears depending on your particular style.

I can do something similar for you and your story. It’s your job to get your masterpiece on paper. It’s my job to ensure it’s free of distractions like grammar and punctuation mishaps. Further, I’ll help you organize your work in the most impactful way possible. Sometimes, all you need is a simple restructuring to successfully impress your intention upon your reader.

One of the things of which I’m most proud is my humility. Just kidding. I am proud to have worked to remove my ego from my work. I want to get to the crux of your sentiment, not drown in my own over-reaching heavy hand. The point is for your work to be impeccably written and easily understood — not how quickly or how much I can change it to match my own. My goal in editing a piece is your success.

Editing is a great, simple way to improve your work without losing any of your genius. With a good editor on your side, your work can successfully transition from a good idea to a stunning piece. I look forward to helping you in your endeavor! Just click on Contact to begin the process.