Don’t make things worse. Remember, you’ve got just one shot to get it right.

A public relations disaster can happen to any business, organization or even government agency. They’re always a surprise but leaders must be aware of the need to deal with major PR problems effectively. A big problem can be an existential threat, and if not handled quickly, can permanently damage – or even kill – a brand.

We have a PR crisis management professional on staff who is available to immediately mitigate your problem by instituting proven PR damage control procedures. Be aware that you’ve got one opportunity to get it right.

Below is a fictional but quite plausible story about a toy company that is suddenly faced with a public relations disaster.

Good times were coming for Jesse Green. As he drove to work, his spirits were high. A young, ambitious executive for the Matrion Toy Company, he was the master creator of the organization’s latest toy: a doll he had named Cali Girl Cora. Aimed at the five-to nine-year age group, Cali Girl Cora was everything a doll should be.

Hailing from sunny, glamorous California, Cora came complete with a collegiate wardrobe, a scooter and a cell phone. The phone lit up when buttons were pressed, and it made a ringing sound. Cali Girl Cora had won a number of beauty pageants, and her accessories included four first-place pageant ribbons and two faux gem-encrusted plastic crowns big enough for a little girl to wear. The logo Cali Girl Cora was prominently displayed of all of these. During testing play sessions with six-year-old girls, the doll was a resounding hit. Little girls just loved Cali Girl Cora. 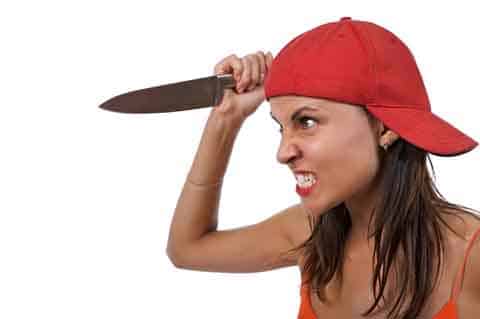 A second version of Cali Girl Cora had just been released two days earlier. This one featured a drill team outfit with a short, pleated skirt in purple and white, purple pom-poms, matching purple and white oxfords and a number of drill team award ribbons. She, too, came with a mock but working cell phone. Didn’t all girls in California have a cell phone? Of course, they did! Cali Girl Cora’s was pink.

Cali Girl Cora was inspired by Jesse’s own six-year-old daughter, Cora. Even after all this time, he still didn’t like the name. His wife had insisted on naming her Cora. “It’s a family name,” she’d said. Jesse thought it sounded more like an ugly girl’s name, but he had smiled and agreed. Not only did he not get a son for the third time, he’d had to acquiesce to this strange name. “You can choose her middle name,” his wife Candace offered generously. So, Jesse did. He chose Madison. It was his own private joke. Madison. Mad because he didn’t get a son.

Cora grew into a lovely child, and Cali Girl Cora resembled her quite a bit. The doll had pale, alabaster skin, lovely, long, rooted ash blonde hair the color of winter wheat and green-blue eyes fringed with long dark lashes. Her cherry-red lips were set in a cute pout, and she had two dimples in her chin. Her cheeks blushed a pale rose. The marketing people had been very busy making sure every little girl would want a Cali Girl Cora. Imagine millions of persistent little girls badgering their parents for a Cora doll. The thought made Jesse smile. Cora would make him rich beyond his wildest hopes.

The rude shrill of a car horn startled Jesse out his thoughts. He’d been daydreaming, and the driver behind him was impatient. “Move it!” the driver shouted as he dramatically swerved around Jesse, flipping him the bird for emphasis. Jesse just laughed. Nothing could ruin this day. Not even a jackass in a Beemer. One day soon, he’d have his own Beemer even better than that one. Cali Girl Cora would see to that.

Jesse arrived at work and headed straight for the factory floor. His boss and the owner of the company, Al Sweeney, was already there. He was always there, like a permanent fixture. Sweeney was loud, brash, rude and said what was on his mind without any regard for the feelings of others. However, in the 30 years since Matrion Toys’ IPO, Jesse had to admit, Sweeney had brought the company out of the basement and up to the very pinnacle of achievement in the business.

Matrion Toys was the wholesome, pious epitome of a business catering to youngsters. Not a single blemish marred its grand, pure history. Sweeney had seen to that. Matrion Toys had never been associated with the slightest hint of a scandal. Now, at age 66, Sweeney basked in the lofty glow of his superstardom in the business world. He was a millionaire many times over. If he were close to being a billionaire, Jesse would not be surprised.

Jesse carefully checked the dolls lined up on the tables, ready for packaging and shipping. Cali Girl Cora’s innocent face gazed without guile back at him. These were the premium, limited edition ones. Ten thousand dolls had gone out the day before, and some of them had certainly been stocked on store shelves overnight. These were a different lot, though. One more shipment of these would go out today, then no more. He planned more versions of his creation to be released over the coming months, closer to the holiday season.

Today was Jesse’s glory day. Yes, today would be a good day.

The first complaints came in around noon. Sweeney bellowed across the factory floor. “Green! Get over here!”

“What is it?” Jesse wasn’t that concerned. Sweeney hollered all the time.

“What is it? Green, we’ve got Facebook, Twitter and Instagram on fire about your doll.” He shook the Cali Girl Cora doll clenched in his meaty fist for emphasis. “Green, you really mucked it up this time. Look at this doll from yesterday’s shipment. We’ve got parents all pissed off. We’ve got asshats on YouTube making snarky videos and laughing at us. Reporters have been calling. It’s a PR nightmare.”

That’s when Jesse finally looked at the doll. He felt sick. Across the doll’s drill team sweater and again on the pageant ribbons, in bright purple no less, there was a horrible misprint. Instead of Cali Girl Cora, it said Call Girl Cora. Worse, the doll came with a cell phone. That one letter spelled doom for Jesse and Matrion Toys. He could feel Sweeney’s eyes boring into him.

Sweeney roared, “All department heads, in my conference room NOW! I want all of youse clowns in there immediately if not sooner!” When Sweeney got really angry, his native New York accent emerged. “This company’s gonna be in the terlet. When I find out who’s responsible for this….” Sweeney let his voice trail off, but he glared at Jesse with unbridled malice.

In the conference room, the TV was showing the midday news. A young, distraught father was saying, “I’ve got my eight-year-old asking me what a call girl is!” Another young mother was in near tears. “The first doll was so nice, I wanted her to have the new one. But when I got the doll home and gave it to my daughter, she asked me what a call girl is.” Except for the youngest ones, many of the children could read.

The typo that might have gone unnoticed by the parents would surely not be missed by eagle-eyed, curious little girls.

In the conference room, Sam Lawson, head of production, stared miserably at the floor. He’d probably get most of the blame. It was his crew that actually designed and created the drill team outfit. His designers were native English speakers, but the factory workers making the outfits were mostly immigrants. They were good, fast workers and loyal employees, but English was their second language. The foreman spoke better English, but even he was unlikely to catch a mistake like this.

Lawson knew he would be blamed. It was his crew that had made the outfits. The pageant ribbons, too. Oh, good God up in heaven, he was going to be fired.

Marla Wen, the company’s head of marketing, sat quietly and without expression. The woman never lost her cool. She knew PR damage control would fall into her capable hands, but her department didn’t make the mistake. Furthermore, she wasn’t sure how to handle this.

Loquacious Brit Giles Parker was also silent, and the guy usually never shut up. Head of human resources, he wasn’t involved in the mistake, but he knew how serious it was for Matrion Toys.

Sweeney began without preamble, “All right, which one of youse morons is responsible for this?” It was a rhetorical question. Everyone knew who he would blame: Lawson and Green.

Green would get most of it. Sweeney didn’t like him much, and he was ultimately in charge of the entire project. The doll was even modeled after his own daughter, for chrissakes. Jeez!

Marla Wen began in her soft voice, “it’s really not just one person’s fault. How many employees saw those dolls before they left the floor? Quite a few. And no one caught the error.”

Sweeney just glared at her.

She went on in a reasonable tone, “It doesn’t do any good to assign blame. It was just a mistake. We need to protect the company’s image as much as we can.”

Sweeney snorted derisively and continued, “We’re all over social media. They’re making fun of us! Snapchatters are doing nasty memes. Those damn YouTubers are mocking us. I even got LinkedIn up my ass. This company I built from the ground up, never a problem until now. I don’t know who to fire first,” he added, glancing over at Green. “The thing is, it won’t fix the problem. We can’t unring the bell.”

The room fell silent. Everyone stared at their shoes. It was Parker who finally declared, in his British way, “Just what do we do now?”

Sweeney was silent for a moment, his eyes downcast and hands clasped on the table. “Okay, I’ve calmed down. People and businesses make mistakes. It wasn’t intentional. Lawson, stick around after the meeting. You need to fix this in production. You too, Wen. You’re marketing and you have to talk to the media.”

“Sir,” Wen said, “my department is marketing and this is not really marketing. At university I learned that that business problems like this need to be handled by a public relations expert. It’s crisis management. I can try if you want, but it’s not my area of expertise and I do not want to compound the error. You’ve got one shot to get it right. You need a professional to proactively handle a PR disaster. And the media will deal only with your PR expert, not with you or me.”

Sweeney nodded his head. “Good point. Does anyone here know a PR person who can help us? Give me names, email addresses and phone numbers of people you trust, within the hour.”

We’d like to think one of the execs provided our name and number. As Marla Wen said, you’ve got to act immediately and you’ve got just one shot to get it right. If a PR disaster blows up in your face, contact a proven public relations crisis management professional. Just click on Contact.