Add your own special, custom song lyrics to existing music. Replace their words with your own! Add a special touch to most any special occasion, including weddings, retirements, anniversaries, birthdays, holiday gatherings, festive celebrations and roasts!

Do you have something important to say and need to word it perfectly? Maybe you do and simply don’t know it yet! Customized lyrics are sought out from professionals of all fields for songs, speeches, toasts, roasts, etc- and given at a full spectrum of events. From various talented writers and musicians needing collaboration, corporate leaders low on loads of free time, or husband to wife (or the inverse) as a touch on a romantic evening, you can almost always find a lyricist with their helping hand in the mix. Birthday, retirement, bar mitzvah, bat mitzvah, quinceanera, work promotion parties — where do you see yourself having the spotlight and a microphone, but not the right words? 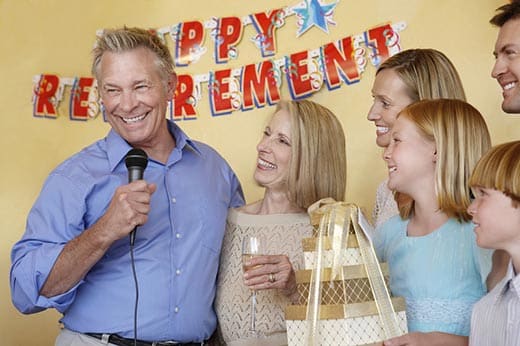 “I know I want it to be funny,” says Jen as she starts to describe the content desired for a song with custom lyrics that will be performed just two weeks away. “The song is for my little brother Simon and will be played at his bachelor party. I won’t be there that night but I am going to send him a singing gram, who will need the lyrics a few days in advance so they have time to practice.” Simple enough, I think to myself as we start going over the basics, but that’s when she hit me with it. “Keep in mind, he is the oldest of six and the only gay brother. He is not very sensitive but some of his friends are. Gay jokes are a plus but nothing…”

My imagination begins to wander. I crack a smile and let out a breath of a giggle before catching it to ask her, “Do you have an idea of what you want to say to him?”

“Yes, just let me…” as she leans forward to pick up her purse. She pulls out a notebook, “Here we go.” And she passes me the lyrics she has already written down. “There is one verse and the chorus already, oh and Slimy is his nickname.” She explains that the lyrics are sung to the music of Bon Jovi’s Living on a Prayer and briefly reflects on her past songwriting days. I look down to the pad and begin to read:

Slimy’s got a ride taking off, he’s rode all his life, he’s always been top, it’s rough, so rough Jordan never makes it on time, when he drives, no control. Plus we know how bad he parallel parks….

Excitement for the writer

“This is going to be a blast” is a very common reaction for many writers when going over material for the work; that’s because they are triggering their creative juices and soon the river starts to flow, which was true in this case as well. Jen changed her song completely and her brother, his friends even the band were left stunned by the talent and personalization displayed in the written content. Jen took all the credit for the lyrics and everybody was more than satisfied.

She is just one happy client of many, but not everybody has songwriting experience. I received a call last month from a referral of a client who I will call Jerry, a man looking for custom song lyrics to the tune of Love Lockdown by Kanye West. Immediately intrigued I ask, “Well of course, sir. If I may, what’s the occasion?”

“It’s going to be recorded on a sitcom. We have an artist to perform the song and the lyrics should play into the theme of the season.” The song was for episode three and they recommended that I watch the first two episodes, which I did upon arrival at my house that evening.

Jerry had sent me the episodes via email along with a list of ideas for the song from him and the other writers. I fired up some popcorn, turn on the mp4, sat back and went to watchin’. Twenty minutes into the show I have an idea of the character’s personality and by the end, I was on the edge to get working on the lyrics; however, I’m patient to finish the second episode before engaging. Justice, the performing artist and protagonist, was in a love triangle with two girls, both living in different countries. In the end, the lyrics were more playful than serious because of the show’s dynamic. The song was a hit as well as the episode regardless of the comedy intended and Jerry was able to take credit for the lyrics since we kept my, and Ghostwriters Central’s, involvement confidential.

Your goals are my goals when we work on a project together. Will you need full discretion? That wish is not only honored, but it’s also our standard practice. So if you have to deliver a speech at your partner’s retirement party in a few days and don’t know where to begin, relax. Writing is what we do. I will start with a few questions:

The gentleman wants to take advantage of his speech and sing a cover to ​What a Wonderful World ​by Louis Armstrong and explains that the song is from the whole team. He wants them completely original and has given me a list of memories they’ve shared together over the years to get into mischief, get in trouble with the wives, when a loved one passed away, and so on. This song was going to be deep and touching. I knew that I had my work cut out for me and that the heat was on, especially since it’s about a 20-year veteran fireman leaving the crew.

I begin to listen to the song repeatedly until I’m lost in an abyss of emotions provoked and drowning in its melodic composition.

What Stevens Would Do, verse 1:

As you can imagine the song made the party a blast and we were thanked by the entire squad for the final product. I was not completely sold on the humor but apparently, firemen have to change frequently so a large repertoire of socks is a key part of the job requirements.

Are you thinking of places already where you could use a set of personalized lyrics? Most likely. Just call Ghostwriters Central and tell them what you need. They will pass me your information and I will make the initial contact via phone or email.