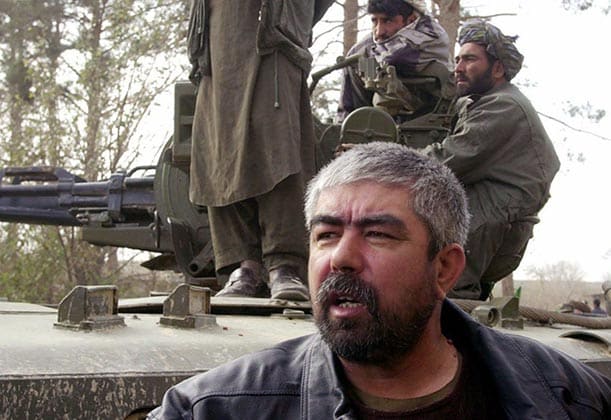 On Friday, May 17th, 2019, I lost my balance on a concrete step in my garage, fell and fractured my left leg, near the hip. I spent four days in the local hospital, and the rest back at home. To avoid further hurting myself and to obtain the help I needed, I put an ad on Craigslist. I had evaluated about 30 responses and selected a young man named Roberto.

One thing that appealed to me is that he spent a year and a half in culinary schools, so whatever he whipped up would likely be better than the yummies served up by the hospital. Plus, he had the necessary free time and desire to help out, as he’d done with again family members. During the interview process, he revealed he’d been a sales manager at two car dealerships.

Sales as a profession can be tough. Sales management can be even tougher, because not only do you need to schedule the hours and track the performances of those under you, you must be unsentimental in setting and achieving goals. And you will probably need to instruct those who seemingly have no sales skill in the art and technique of something they likely hate doing. If you can handle that job, well tip o’ the hat to you!

I gave Roberto a little of my personal history, which involved creating and running organizations and businesses since 1976. I told him that I quickly realized that if I didn’t learn how to sell that I’d quickly starve to death. And so I learned to sell. Research told me that people don’t buy your product or service; they buy you! One day years later I walked into the Santa Monica, CA, Ford dealership and was greeted by an immaculately-dressed black man. He was tall, slender, mostly bald with some gray fringe, and probably in his early 50s. I swear to the heavens above, his smile seemed to burn straight to my soul. Now I’m sure at least some of his approach was practiced and perfected. But it was effective.

Now, salesmanship as a job, to me even today, strikes me as mostly about artificial friendliness, and a recognition on the part of the customer that it’s mostly artificial, which immediately discounts the sincerity of the conversation. As a job, sales is fake-friendliness and manipulation. And those who doubt that ought to check out the bulletin boards in the rooms of most any car dealership where the sales crew hangs out on breaks.

Think for a moment about William H. Macy’s brilliant portrayal of a fakey “executive sales manager” at the Oldsmobile dealership in Fargo. Creepy, right?

When you have a business of your own, it’s not just a job. It’s your life and it’s your passion. Why is that important? Because you don’t have to fake it. Today, I got a call. A prospective new client wants to have us write both a screenplay and the book manuscript. Now, this fellow has traveled the globe and wants to tell the story of an incident that takes place both in the US and in a Central Asian Republic (think Uzbekistan, Tajikistan, Kazakhstan, similar to those). The client said it would be a dark story. People do bad things to each other to further their own interests.

My instincts kicked in. We began tossing thoughts around. There are big cultural differences as to what constitutes “a dark story” in the US and in some Central Asian Republic. Standards of acceptable behavior differ, too. The writer must know about the cultural differences and how to convincingly present those differences. I said it’s easy to sail way over the top into cartoonishness and absurdity. Don’t even try to make an American interpretation of what passes as dark behavior in that remote part of our world.

You need to find the truth of that darkness if outside the US. You need to have legitimate expertise. Hire a director or consultant — someone who knows and can probe that person’s mind. If the story needs to send the audience’s blood temp into the 70s, the one who can deliver the truth can bring down the temps and bring on the nightmares for days after. It’s the truth and its delivery in a convincing, truthful manner that yields the powerful, teeth-shattering performances and their aftermath.

“You saw Zero Dark Thirty, right?” He had. Director Kathryn Bigelow did a first-rate job of leading that film. The actors portraying waterboarding Americans (Jason Clarke, etc.) did a first-rate job of portraying that torture technique. But they may not be the ones to haul the truth of a Central Asian Republic into the light. So find a person who knows the dark truths of that region and how to bring the pain. Then find someone who can communicate to the actors what that truth must look like. Then find actors who can convincingly deliver that truth as though it’s just a daily thing. For in the case of some of those people, it will be just a daily thing. And therein lies the magic of acting.

The client and I were brainstorming, tossing out ideas in a fury. And then I suddenly remembered the actor I nicknamed Eyebrows from a film a couple years earlier. The client hadn’t seen it. 12 Strong was a so-so movie about the CIA intervention into Afghanistan in the days following 9/11. Intel ops on horseback. Real John Wayne shit. And an Afghan warlord who called himself General Dostum, portrayed by an actor I’d not heard of until then, whom I called Eyebrows.

I told the client Eyebrows’ performance blew me away on every level. I suggested he rent the movie and watch the man. I explained that I looked him up on IMDb then found out he was on Twitter. His name was Navid Negahban; he’s Iranian. I tweeted Mr. Negahban once I realized he had an account. That tweet began: “Does Sean Connery know you swiped his eyebrows?” Then I praised his powerful performance. I ended with the hope I’d get to enjoy him in another movie someday.

The client said he would look at the movie and check out Negahban’s acting. If he liked what he saw, I told him that he ought to tweet Mr. Negahban and ask, “Who’s your agent?” I wasn’t trying to sell the client anything. I was just sharing my passion. But the client got sold. A movie and a book may get written. And an Iranian actor may have landed another job. And the business of the writing of both projects, may have come to us simply because of my passion for a well-executed story.

And, honestly, I doubt if Sir Sean Connery would mind if his eyebrows were peripherally involved without his getting paid for it.