He acted in more than 40 films. He played himself pitching a movie in The Player.

He directed films and TV shows.

Twitter has been flooded with tributes, including this one, which had me laughing for five minutes: 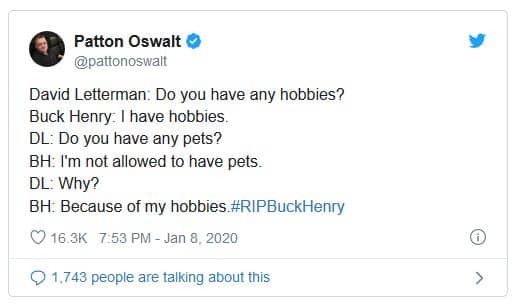 Rest in peace, brother. You shall be missed.